Gaul (Latin: Gallia) was a historical region of Western Europe during the Iron Age that was inhabited by Celtic tribes, encompassing present day France, Luxembourg, Belgium, most of Switzerland, parts of Northern Italy, as well as the parts of the Netherlands and Germany on the west bank of the Rhine. It covered an area of 494,000 km2 (191,000 sq mi). According to the testimony of Julius Caesar, Gaul was divided into three parts: Gallia Celtica, Belgica, and Aquitania. Archaeologically, the Gauls were bearers of the La Tène culture, which extended across all of Gaul, as well as east to Raetia, Noricum, Pannonia, and southwestern Germania during the 5th to 1st centuries BC. During the 2nd and 1st centuries BC, Gaul fell under Roman rule: Gallia Cisalpina was conquered in 203 BC and Gallia Narbonensis in 123 BC. Gaul was invaded after 120 BC by the Cimbri and the Teutons, who were in turn defeated by the Romans by 103 BC. Julius Caesar finally subdued the remaining parts of Gaul in his campaigns of 58 to 51 BC.

Roman control of Gaul lasted for five centuries, until the last Roman rump state, the Domain of Soissons, fell to the Franks in AD 486. While the Celtic Gauls had lost their original identities and language during Late Antiquity, becoming amalgamated into a Gallo-Roman culture, Gallia remained the conventional name of the territory throughout the Early Middle Ages, until it acquired a new identity as the Capetian Kingdom of France in the high medieval period. Gallia remains a name of France in modern Greek (Γαλλία) and modern Latin (besides the alternatives Francia and Francogallia).

Name:
As adjectives, English has the two variants: Gaulish and Gallic. The two adjectives are used synonymously, as "pertaining to Gaul or the Gauls", although the Celtic language or languages spoken in Gaul is predominantly known as Gaulish. Gaulish, a Celtic language once spoken across a lot of Continental Europe before being supplanted by Latin and finally dying out in the 6th century CE or so. 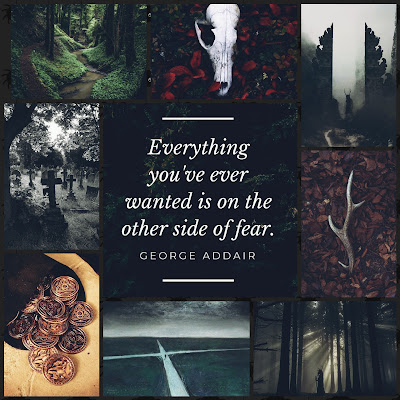 -The Gaulish worldview is similar to those of the other Celtic faith traditions. There is very much the sense of an Otherworld/Underworld.
-Reincarnation seems to be the post-life event of choice among the Gauls. But very specific in reincarnating as a human.
-The Gauls shared a common ancestry with whom Caesar called father Dis, who has been theorized to either be Cernunnos or Sucellos. Or perhaps father Dis is a different god depend on the region of Gaul.
-There are over 300 Gaulish gods!
-Shrines aren’t necessary, but an altar can be extremely helpful. From a modern standpoint, all that’s really required of is something that can symbolically carry prayers and offerings to the gods. An ashtray/incense stand to facilitate burning, or even something as simple as a symbol to Cernunnos in order to invoke Him in order to Open the Way.
A Gaulish shrine can be to a certain god, to group of gods who are related in some way or as a shrine to the ancestors. These can be decorated in any way, if inspiration or ideas are needed just ask.
-The Wheel of Taranis. Taranis is one of, if not the most important god of Gaul.
His wheel symbolizes the sun and the turning of the cosmos. The Wheel of Taranis has been used as offerings that were thrown into rivers and was also worn as an amulet.

Here are some neat Gaulish vocabulary words to get you started with that you can use alongside your practice! These words are Recon-friendly, meaning they are taken directly from source texts.
Dewoi = The Gods
Antumnos = The Underworld, where spirits & the ancestors reside.
Anderoi = The ancestors, are more often seen as a benevolent force that are happy to help. Sleeping over the grave/tomb of the ancestors would bring helpful dreams.
Galatis = Unmarried men in warbands who would go say hello to the neighbors (See the Sacking of Rome). I’ve used this in the modern context as an alternate name for Modern Gauls.

Did you know?
’-rix’ is a suffix that denotes ‘king’ in Gaulish, an ancient Celtic language. The names of some ancient Gaulish kings include Vercingetorix and Ambiorix. The childrens’ book characters Asterix and Obelix are named in this style, but for it to be completely accurate Obelix would have to be written 'Obelorix’.

As always we use English and sometimes Gaulish, the ancient language that was spoken by the Celts around the area of today’s Switzerland. Unfortunately this is a dead language, so all we can work with are scientific reconstructions (besides ancient inscribed texts, which have been found through archaeological excavations).
—  Merlin Sutter, Eluveitie