Chaos/Chaotic - A type of magick utilizing new, non-traditional, and unorthodox methods. It is a new and highly individualistic practice, while still drawing from other common forms of magick.

My research for Chaos majick or Chaos witches has took me to longest this far. Didn´t know much about it, everywhere I looked, there was a totally different approach of it. So just imagine, I was super confused. What the hell is this thing? Can´t they explain it the way I would understand it? Then I decided to watch few videos about it from Youtube (witchcraft in Youtube is strong!). After the videos I actually interviewed few Chaos witches and all became finally clear. Actually the practice is really simple. There is few things that I realize it has and yet again, like every Chaos witch, I say, this is just my point of view.


-First of all what became clear to me, is the dogmatism, it´s really strong with the idea of "viewpoint or system of ideas based on insufficiently examined premises." Basically, nothing may be true, you need to find more resources to back the "facts" or opinions and learn learn learn. This is the reason why every Chaos witch say the different thing, we all have different approaches and ideas and because you can do your stuff and do your magick the way you want... This may be confusing to some (like to me in the beginning).

-Nothing is written on the stone, you can pick what ever floats your boat and make your magick, the outcome work. Many Chaos witch may use book of shadows or journals to write the whole process down or even revolve with different starting points and add them to their studies. What premises help you to achieve your goal the best?

-You can change your mind at any point.

-Chaos witches are very good at their technical experiences. Because all the learning and analyzing about everything, they became very (with no other words in my mind) officiant the things they do. So actually, chaos magick isn´t chaotic at all, it is very straight and in place at all time. Only thing that may seem chaotic, is the process to getting there for seen, nothing is certain.

-Deconditioning. Totally new word to me, but it means (very psychologically) that our ego and everything that includes us to think who we are, need to be kind of re-programmed. You don´t need to think you are everything that has happened to you, that those things are the only thing you are. You can wide your self-image; who you are is up to you. How much do you want to enjoy life and be the better you.

"Our ego is a fiction of stable self-hood which maintains itself by perpetuating the distinctions of ‘what I am/what I am not, what I like/what I don’t like’, beliefs about ones politics, religion, gender preference, degree of free will, race, subculture etc all help maintain a stable sense of self, whilst the little ways in which we pull against this very stability allows us to feel as though we are unique individuals. Using deconditioning exercises, we can start to widen the cracks in our consensual reality which hopefully, enables us to become less attached to our beliefs and egofictions, and thus able to discard or modify them when appropriate." 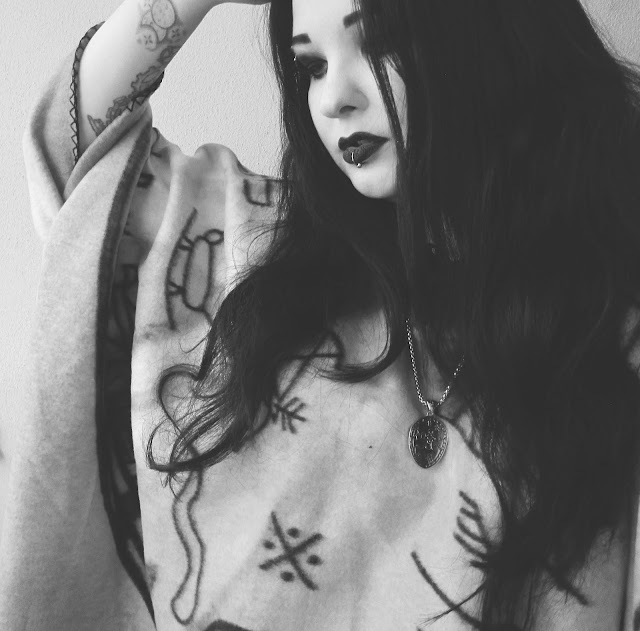 "We tend to draw a distinct line between ‘ordinary consciousness’ and ‘altered states’, where in fact we move between different states of consciousness - such as daydreams, ‘autopilot’ (where we carry out actions without cognition) and varying degrees of attention, all the time. However, as far as magick is concerned, the willed entry into intense altered states can be divided into two poles of ‘Physiological Gnosis’ - Inhibitory states, and Excitatory states. The former includes physically ‘passive’ techniques such as meditation, yoga, scrying, contemplation and sensory deprivation while the latter includes chanting, drumming, dance, emotional and sexual arousal."

"Rather than trying to recover and maintain a tradition that links back to the past (and former glories), Chaos magic is an approach that enables the individual to use anything that s/he thinks is suitable as a temporary belief or symbol system. What matters is the results you get, not the ‘authenticity’ of the system used. So Chaos magic then, is not a system - it utilises systems and encourages adherents to devise their own, giving magic a truly Postmodernist flavour."

"Chaos magic has a reputation being sinister or some type bad. Maybe because the name is what it is or,  "its “pick’n’mix/D.I.Y” approach to magic was frowned upon by the ‘traditionalist’ schools, secondly that many people associated chaos with ‘anarchy’ and other negative associations, and thirdly that some Chaos magic publications were hyped as being ‘blasphemous, sinister, and dangerous’ in a way that they were not, which proved all the same to be an attractive glamour for those who required such a boost to the ego." " 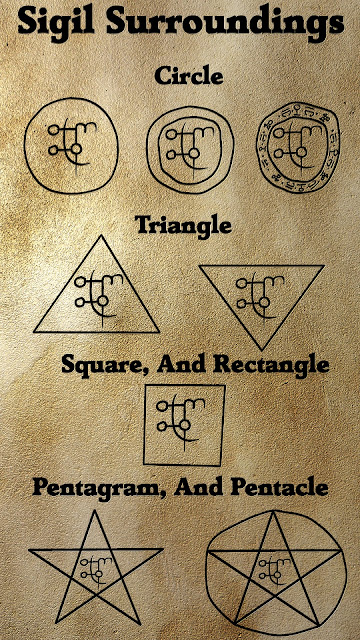 -Use present tense as opposed to future tense. I’ve learned from experience to not leave room for loopholes, and using “I will” instead of “I am” leaves some room for loopholes. The phrase “I will be strong” leaves an open loophole where your sigil could start working right away as you intended it, or, in the case that the universe decides to be a little fucker as it so often does, a year from now. “I am strong” denotes that this is a thing that is happening now, so it’ll manifest now as opposed to later when it might not even matter anymore. If you have to use the word “will,” then the phrase “it is my will” may work for you.

However, if your sigil is something that you planned on manifesting sometime in the future, (“i will meet my soulmate”) then go ahead and use “I will” in your phrasing.

-Your sigil has to be charged AND activated. Not one or the other. Both. There are a number of methods and combination of methods to achieve this, but it’s important that you do both or your desire will not manifest.

Read a book/ All quotes:
http://www.philhine.org.uk/writings/pdfs/orchaos.pdf

Nothing is true. Everything is permitted.