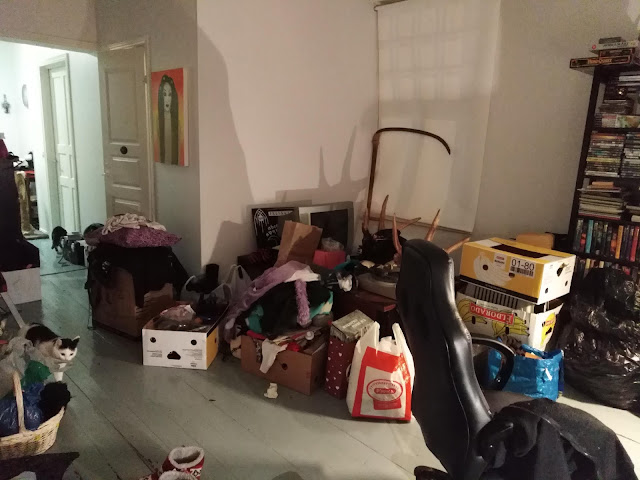 I don´ have money for that. Is the thing I keep saying all the time. Sometimes daily. I wonder why I need to use money for everything. I need to buy more clothes, jewelry, shoes, buy buy buy things that makes me.. maybe happy. I have had that void in my life, the emptiness inside that says when you buy or do something with money, I instantly feel better somehow. 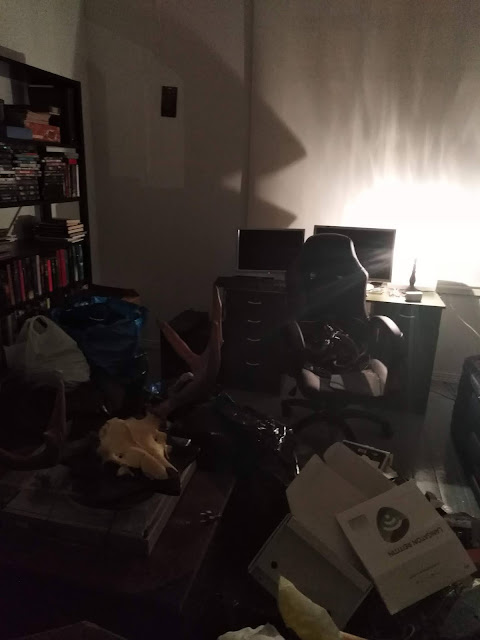 Why do I have the reason consume stuff that I don´t actually need? I have been obsessed on Konmari and minimalism so much in past year. Maybe even longer, but last year has been great for me to think I do I need stuff... that I still don´t.. need..? Now I have the feeling I want to sell half of my stuff. I really don´t have the need to buy so much. And if I am gonna buy, I am really thinking do I need this, does this really add value to my life? Most of the time now a days, I don´t buy that stuff anymore. Which is really good. Because I think I am a hoarder. And a maximalist. Not a minimalist I would like to be. All tho I could be if I wanted to. Minimalism isn´t that you don´t have anything and you basically live in an empty apartment. No, you just own what you actually need and what adds value to your life. 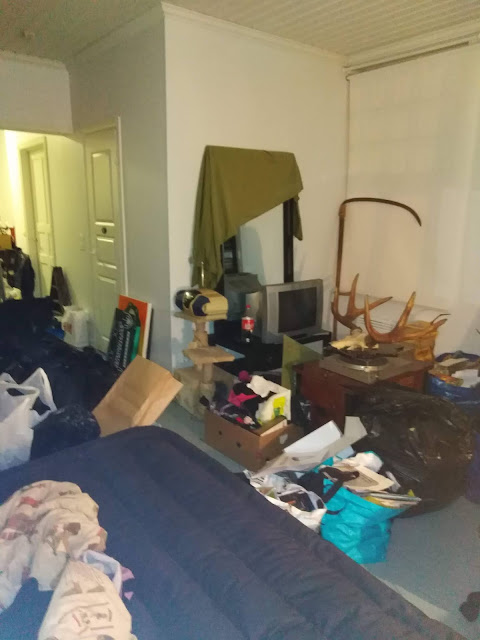 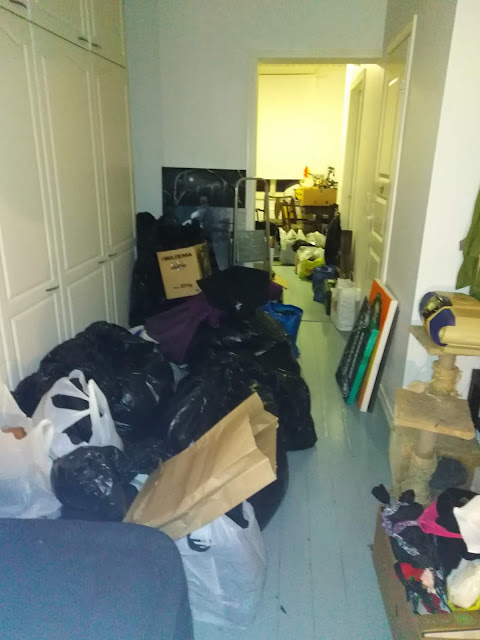 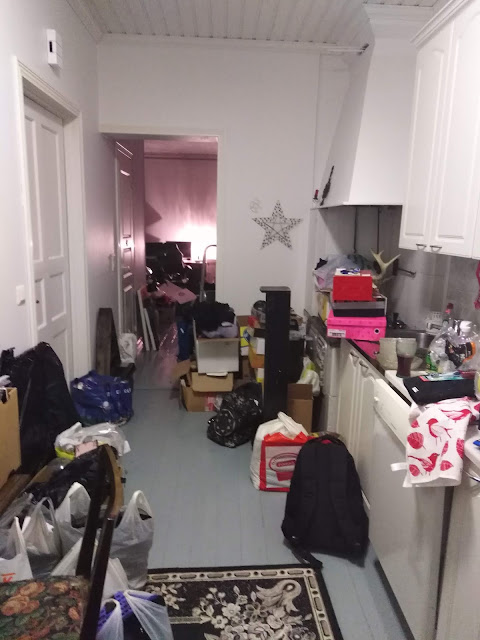 My hoarding issues started when I was a kid. I was so used to going on fleamarkets and seeing my parents (mostly my dad) buy a lot of stuff. All of the newest stuff needed to be owned. We still lived in very cozy, neat apartment. Everything was clean and organized, but I somehow I still learned the way to buy more stuff. And when I was young, I was super lonely. I didn´t have that much friends so I just read books and realized I was a collector which was the coolest thing I could think of in that age. I collected rocks, comics, books, toys, post stamps, all kind of stuff. But that didn´t make me that happy.. it wasn´t what I hoped for. I was still lonely but I had my stuff. That continued in my adult age. Some reason I have 40 hand bags and 40-50 pair of shoes, I am not even sure how many I have at the moment. But too many. 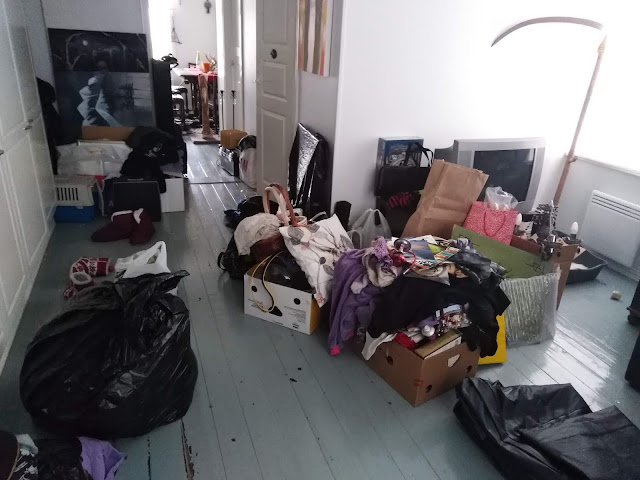 When I moved to my little apartment last year, I realized how much stuff I have that I don´t need or even think that much. I had forgotten most of the things I have. Because they don´t have any more purpose in my life. Still I have them. I don´t just want to throw them in the trash, I would like to give some away maybe and sell. Because when I had my worst shopping desires, I have had borrowed some money from my friends so I could my more. And now I thought maybe I could sell some of my stuff and get the money for paying them back. That would be awesome. I am moving soon (hopefully), so I am gonna go trough all of my items again so it is really good time to do some inventory about everything. 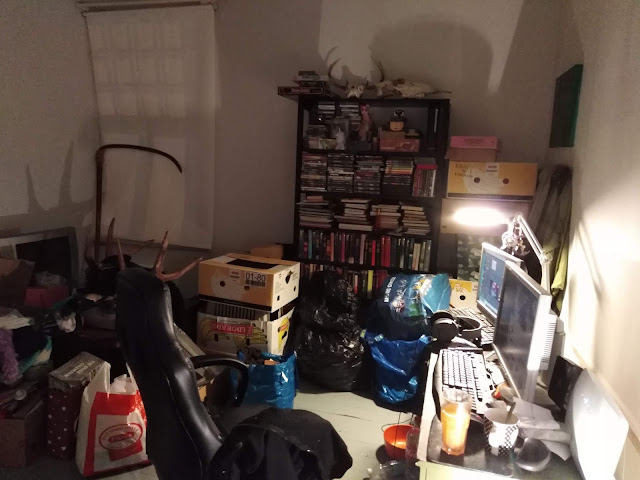 How might your life be better with less? Is less more? In minimalism you think if you have less clutter (stuff in your house, stress, social media stuff etc) you have more time to think and do what you actually like and want to do. I really like that. Konmari (which isn´t exactly minimalism) says that you need visualize what kind of life you want to live and make that your goal in the progress of letting go stuff. Like, I like to do my daily exercises now a days, that would require some space and maybe certain equipment. And for that, I don´t need those other stuff. And for getting that point, I need declutter so I can get the space I need. So there is some motivation to do so. I really like the idea that I have room to show all of my meaningful items, I use only what I need, I have only what I need and what sparks joy in so many levels. I have room also for those new stuff that I actually like. Like music stuff. I would really like to have more stuff related to my hobbies.

So.. is less more to you, do you consume too much? Do you need to do some spring cleaning that is totally on the other level? What do you want to do in your life? Want to be more stress free and social?

I hope my new habits will help for getting there. I already feel less stressed.

Want more post about minimalism or maximalism? Let me know!

P.s All the pictures was taken last year after I moved. I thought it would be nice for you guys see how much stuff actually fits in here.