I have seen Suspiria once before and I remember that I think it was really odd. Because the fall I wanted to watch witch movies and next on my list was The Third Mother. But I realise it is the third part of The Mother Of Tears trilogy, so I am going to watch them all then. Three movies marathon, we will see how I like these. 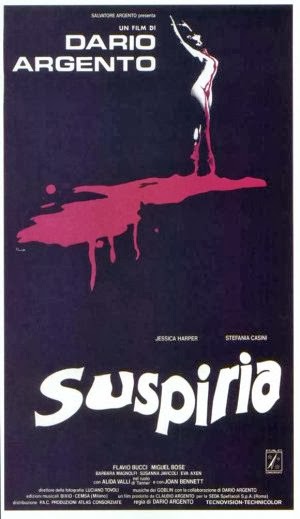 The title and general concept of "The Three Mothers" came from Suspiria de Profundis, an uncredited inspiration for the film. There is a section in the book entitled "Levana and Our Ladies of Sorrow". The piece asserts that just as there are three Fates and three Graces, there are three Sorrows: "Mater Lacrymarum, Our Lady of Tears", "Mater Suspiriorum, Our Lady of Sighs" and "Mater Tenebrarum, Our Lady of Darkness".
Scriptwriter Daria Nicolodi stated that Suspiria's inspiration came from a tale her grandmother told her as a young child about a real life experience she had in an acting academy where she discovered "the teachers were teaching arts, but also black magic." This story was later confirmed by Argento to have been made up.
Wikipedia

Review:
Music: Really disturbing and weird. It bothers me when it comes, it is so loud. And then it stops when someone speaks and start again too loud when nobody talks. Sigh (which is actually btw what Suspiria means, sigh). Anyway, really creepy music. Do not listen this with head phones like I do.

Special effects: Very 70´s and too orange fake blood. But these kind of things make old movies cult movies.
Acting: So over the place. It is just like watching soap opera. But yet again, old movies are always like this. Still, it bothers sometimes. 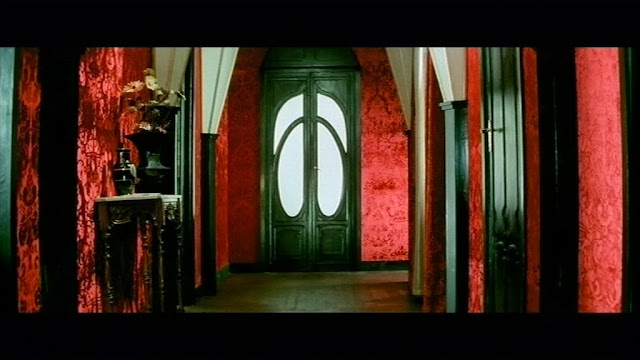 Scenery: The school was the biggest reasen why I watched the whole movie. It is really cool and full of details. It is not an ordinary boarding school.

Summary: Being a witch myself, it is fun to watch exaggerated movies about witch craft, because mostly (98 % all the witch movies and series) they are just pure imagination. Witch can´t fly and witch don´t want to kill anybody or anything like that. So it is interesting watch that kind of movies and wonder why people are so afraid of witches and why they are always presented by evil and ugly. Maybe it leftover from witch hunt times. And a queen.. really? And coven can´t be without their queen..? Just pure movie world. Witches has high priest and priestess and they can live without their "queen" just fine.. So.. the script isn´t my number one favorite. But, where the inspiration came for this movie is nice, because I really do love old mythology.

-During June 2006, Japanese studio Gonzo announced the production of an anime remake of Suspiria (サスペリア) is in development, but it has not yet announced a release date for TV broadcast. The anime adaptation will be directed by Yoshimasa Hiraike (SoltyRei).
-It was announced through MTV in 2008 that a remake of Suspiria is in production and will be directed by David Gordon Green, who directed films such as Undertow and Pineapple Express. As with many remakes of cult films, the announcement has been met with hostility by some, including Argento himself. The film will be produced by Italian production company First Sun. In August 2008, the Bloody Disgusting website reported that Natalie Portman and Annette Savitch's Handsome Charlie Films were set to produce the remake and that Portman would play the lead role. The First Sun project was also announced to be produced by Marco Morabito and Luca Guadagnino.
-After a period of no news in which it was thought that the remake attempt had failed, Green admitted in August 2011 he is again trying to remake the film. It was announced on 15 May 2012 that actress Isabelle Fuhrman will play the lead role.
-In late 2012, the planned remake was put on hold. In January 2013, Gordon Green revealed that it may never happen due to legal issues.
Wikipedia 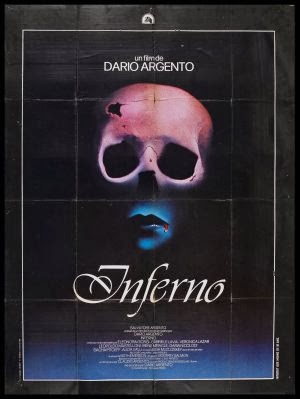 Music:
Not as creepy as Suspiria´s music. And not as good.

Scenery: Not as cool as Suspiria, but loving the house yet again. Same wall paper as in the Mother of sigh´s home.

Summary: Third part of The Three Mothers trilogy. Very good for being a second part. It was so good I forgot I was making food.. 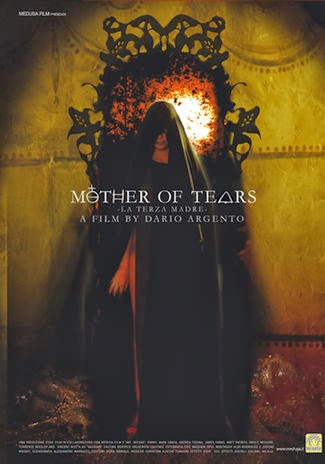 Music: Finally music wasn´t so loud that my ears would bleed. But not so creepy or anything. Normal movie music. Didn´t effect me that much.

Scenery: Beautiful city and third house is cool. And the underground scenery was nice.

Summary: Very nice trilogy over all. Third was so promising and ended..  worse than other two. I recommend to watch these even just once, because everyone should know these. Specially Suspiria. Best part about the third one was the goths.

I know Suspiria and I agree, when I first saw it was what I thought I have to give it another chance since I was much younger still I am now very interested on that trilogy, good suggestion!
Thank you

SkeletonOrchid: Yeah, remember to watch part 1 and 2, third if you really want but it wasnt like the others..