"James Ng (pronounced Ing) was born in Hong Kong, where he spent most of his childhood drawing monsters and robots, making his own elaborate cardboard toys, and playing soccer. Ever since, he has been on the move between Hong Kong, Vancouver, Chicago and New York. His travels have greatly influenced him, allowing him to combine Eastern and Western cultures in his artwork. 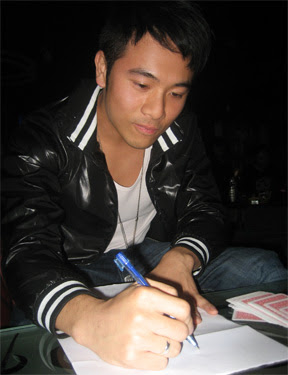 Currently James is enjoying the freedom of being a freelance concept artist and illustrator. After a sunny summer in Vancouver, and traveling to London, and then to New York for an award show and exhibition, he is back in his home of Hong Kong to plan for his next trip. One day, he hopes to start a design company with some friends, and maybe even direct a movie featuring all his monsters and robots."
Want to see more? Click James Ng Homepage
Lähettänyt Leena